■ We showed the Spedagi bamboo bikes to the embassies 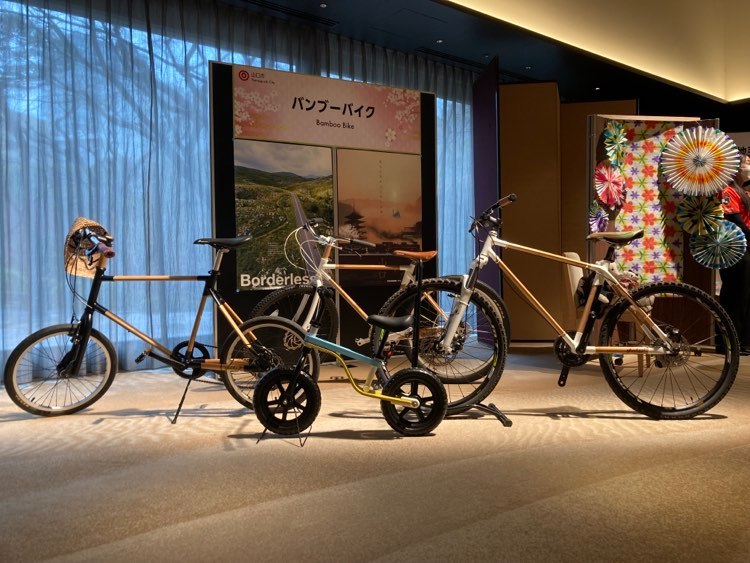 An event to introduce Yamaguchi City and Nagoya City was held at Happoen in Shirokanedai on March 22nd, sponsored by the Ministry of Foreign Affairs.
The Bamboo Bike Project was also shown as one of the introductions to Yamaguchi City.
At the venue, Spedagi Bamboo bikes, bamboo bikes made from Ato bamboo, and bamboo run bikes.
We were able to introduce Spedagi’s activities to the embassies of each country and Foreign Minister Hayashi,too. 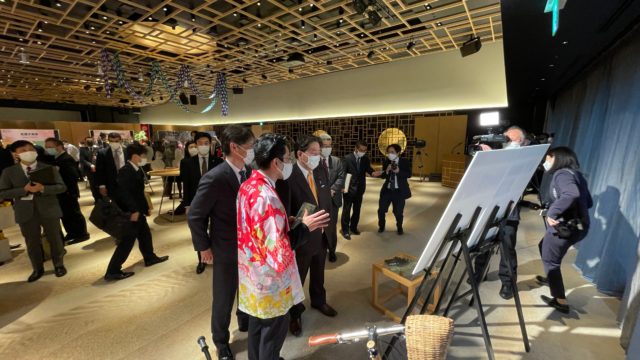 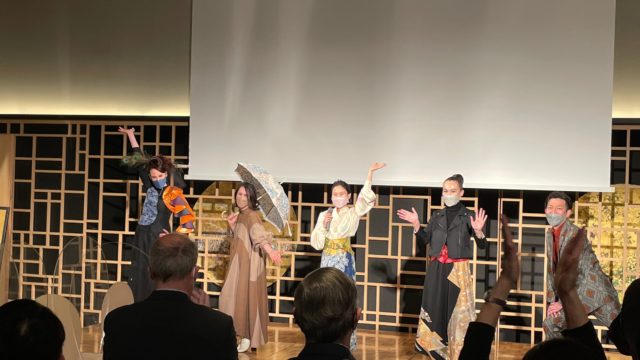 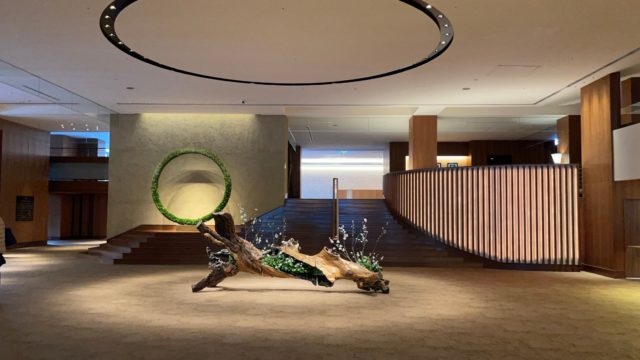 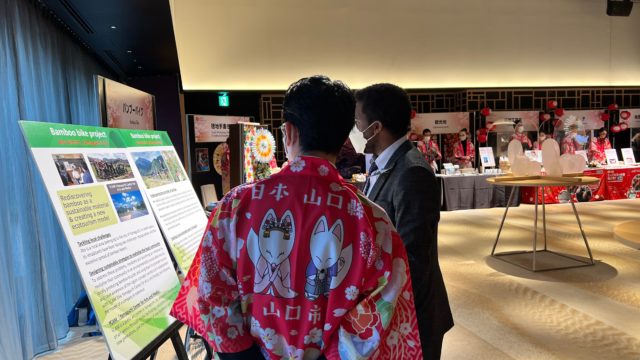 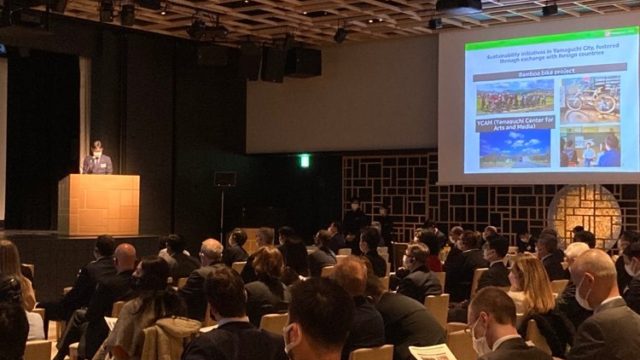 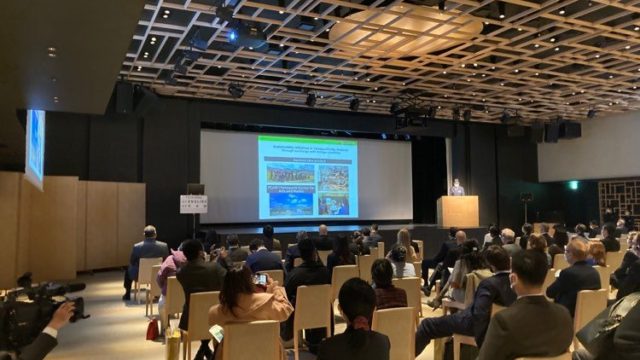